The Ethical Hacker Network Rises from the Ashes 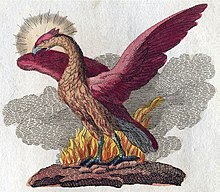 This past summer while attending Black Hat and DEF CON, I was approached by a number of people asking what happened to The Ethical Hacker Network Online Magazine, EH-Net for short. With a heavy heart, I had to explain the tough choices that a Dad sometimes has to make. With the ever-changing landscape of advertising revenue, ad-blockers and the like, I had to make a decision that best suited the stability of my family. And thus, a steady paycheck and benefits won out over a risky attempt to yet again rebuild an advertising revenue model.

I kept EH-Net alive for over 2 years to allow free (and freely available) access to our catalog of content built over a decade plus. Unfortunately, there came a time when that was not sustainable either. So the site completely went down earlier this year. While in Vegas during the annual pilgrimage of the security community, I was honored and truly humbled by the comments of numerous readers. While everyone understood the decision, they also shared with me the stories of how EH-Net helped them either start or advance their careers in InfoSec. A number of our regular contributors mentioned how they would not be where they are today without having their first break into contributing to the larger community of professionals. Their experiences with us led to speaking engagements, book deals and long-term career advancement that helped them provide for their loved ones. I was deeply touched, but it also got me to thinking. And as my family says, “Uh oh. Don’s thinking again.”

The juices were flowing, and EH-Net was now front and center in my mind. I had offers in previous years to get the backing I needed to make this thing big, but all of them fell through… Until now. A chance decision to find an old friend (who also happened to be a long-time advertising client of EH-Net) led to a cordial conversation of where our lives had taken us. One thing led to another, and he asked me a simple question, “What would it take to bring EH-Net back?”

One thing led to another, and after many conversations and confidence that our visions for a new EH-Net were eerily similar, Armando Romeo of eLearnSecurity made me an offer I couldn’t refuse. And with that, EH-Net is now part of the eLS family and will soon become part of their Caendra Ecosystem, and I couldn’t be more excited.

What exactly does that mean? In the short term, as you can see, EH-Net is back online with access once again to our library of content and open to all. For the time being, we are not allowing new registrations. In the coming months, we will be looking at everything from the platform to any and all features, but most importantly how to bring you content in all forms to once again be the premier global location for educational materials to advance your career in this crazy field we all love so dearly.

The Ethical Hacker Network Online Magazine (EH-Net) will remain a separate and independent project. It will continue to be a free resource for all and the content will be freely available. We have already lined up a number of great columnists (both old and new), are planning numerous webinars, contests, community submitted articles and much more. With the help and backing of our new family, it will be even bigger than it was before. And I can’t wait to get to work for all of you.

Picture credit – A phoenix depicted in a book of legendary creatures by FJ Bertuch (1747–1822) from Wikipedia.